Feedback is how a web designer ensures that the project is heading in the right direction every step of the way, so that the end result is something the client is going to be happy with. It doesn’t matter how talented or experienced the web designer is, what matters is the feedback and input of the client.

For some clients, however, giving feedback can be difficult, because they don’t know what the designer is looking for. Here are 6 tips to help you give your designer useful feedback. 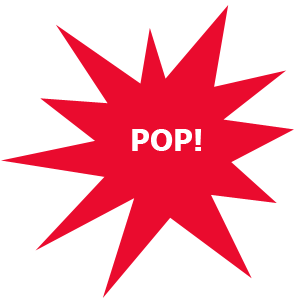 There is perhaps nothing more frustrating to a designer than overly vague or ambiguous feedback. Things like “it’s too boring” or “it’s too plain” don’t really communicate to a designer what needs to be changed. Some people want a neutral palette, but still want some pop and pizzazz with fonts and imagery. Other people want everything from the colors to the fonts to the imagery to sizzle and sparkle.

While you may not be able to figure out specifically what it is that you don’t like, at least having a conversation with your designer will most likely help them help you figure it out. The important thing, however, is to be available for a conversation, Just sending back single line feedback like “too boring” or “too plain” doesn’t give them any idea of what specifically is not working for you.

It needs to pop.

The colors might be a bit too vibrant for our middle age audience. A more muted color scheme might appeal to them.

While not getting specific feedback can be frustrating, some clients can head too far in the opposite direction. While designers certainly want and need your input to help craft and shape a website to your tastes and needs, it’s also important to trust their expertise.

In some cases, clients don’t like the look but don’t know what is wrong with it, which is why having a conversation is important. In other cases, however, clients think they know what is wrong but they don’t. This can lead to a lot of frustration on both sides.

For instance, the client may feel that the logo doesn’t stand out enough and may feel that making it bigger will solve the problem. If they simply tell the designer to make it bigger, however, it’s not actually going to fix the problem. Making the logo bigger may also make it look awkward in relationship to the layout of the rest of the page, which will just lead to several frustrating rounds of trying to fix the wrong problem.

Saying “I don’t think the logo stands out enough” is specific enough to tell the designer what you think needs fixing, but still gives them room to ask more questions to help determine what the real problem is.

Can you make the logo bigger?

I’m worried that the logo is too small and people won’t recognize our company. How can we make it stand out more?

Part of the disconnection between clients and web designers is clients don’t always have the language to express what it is they don’t like. Like they say,  a picture is worth a thousand words. If you can find another site, image or example that is close to what you are looking for and send it to your designer. This goes a long way towards helping them give you what you’re looking for.

This isn’t how I envisioned “modern and sleek” would look.

This isn’t how I envisioned “modern and sleek” would look. Here’s an example of what I had in mind.

When giving feedback, many clients stick with either positive feedback only because they don’t want to offend the web designer, or only focus on what they don’t like. Neither of these really helps you get the best product in the end.

I didn’t easily notice the contact form. Can we try to make this more visible?

The overall layout is clean and easy to navigate. However, it took me a while to notice contact forms throughout the website. Can we try to make them more visible on the pages?

5. Don’t Be Afraid to Ask Questions

Sometimes clients can feel like they are supposed to have all the answers and know exactly what they do and don’t like. This is not what designers expect. Feedback should be a conversation, not just a series of statements. In addition, web design is a series of trade-offs. Sometimes to get one thing, you have to sacrifice another. This means that sometimes when you ask a web designer to change one thing you didn’t like, it inherently causes a change in something you did like. Asking your web designer about changes they made can help you understand about these inherent trade-offs in web design and keep you both from becoming frustrated.

Websites typically have the main navigation at the top of the page. Is there a reason you decided to put it on the left hand side?

I don’t like that font. Can you change it?

The font you used is seen a lot on the Internet and seems a bit boring.  Do you think this is the best choice?

Are you ready to get started on your web design?

Contact us today!  We’ll hold your hand through the entire process to be sure the outcome is everything you imagined.